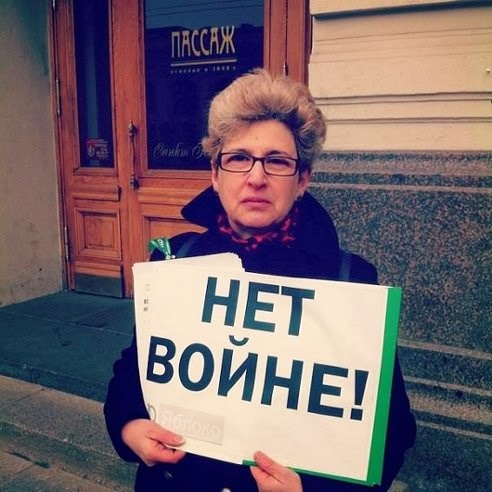 From St Petersburg: No to the war


NO TO THE WAR BETWEEN RUSSIA AND UKRAINE!!!

Horrific events are taking place these days in Ukraine and Russia. Some years ago, not even in my worst dreams could I imagine it: that my country would send troops to my first homeland, Ukraine , that Russian tanks would tread on the land of that country.

I reject words that don’t fit in my mind: “The war with Ukraine ”.

I am ashamed of the country where I live, feel sorrow in my heart and fear for the consequences of a war in Ukraine with Russia itself: deaths, wounded, displaced persons. And the hatred and resentment between peoples, the complete demoralization of the Russians.

War with whom? With the beloved motherland where I was born, where I went to school? Where do my childhood friends live? Later, how will I look them in the eyes?

I would like to ask the young people if they are ready to give their lives for the phobias of one person.

I would like to ask the mothers of these young people if they are ready to receive their coffins.

NOT WHAT I WANT.

With the support of Women in Black Madrid 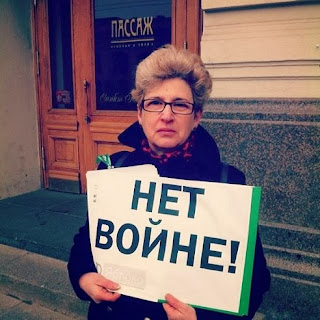 Photo: Vigil Avda Nevsky St. Petersburg
NO TO THE WAR March 02, 2014.
Must have 50m between people involved