- septiembre 19, 2014
Our Position Facing the Current Conflicts In recent months, we have been observing with worry the intensification of many conflicts: the conflict between Palestine and Israel, Russia and Ukraine, the civil war in Syria, increase in tensions in Iraq… conflicts which also are engaging the interest of the media because these conflicts affect the West and Spain in particular. Despite the seriousness of the conflicts listed above, we want to remember they are not the only ones; there are many forgotten conflicts that cause suffering and destruction, but which are unnoticed by public opinion: open conflicts such as in Sudan, South Sudan, the Central African Republic, Congo, Nigeria, Niger, Chad, Mali, Libya, Egypt, Afghanistan, Pakistan, Myanmar… in addition to other countries not experiencing open conflict but where there is a high degree of violence. Women in Black against War of Madrid: Denounce the violations of human rights, war crimes and crimes against humanity in all places i
Publicar un comentario
Leer más 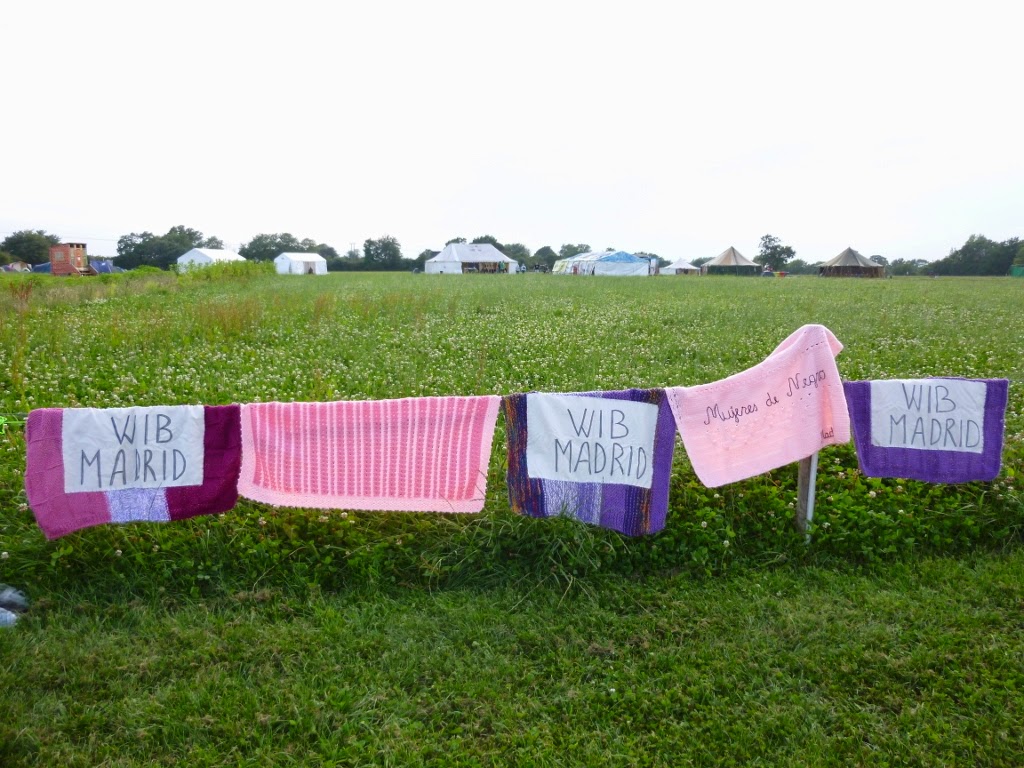 - septiembre 04, 2014
Women in Black Madrid has contributed to the proposal of Wool Against Weapons (see pictures here ) This is the beautiful answer of an Englis sister: Dear Women in Black, THANK YOU to all who made it to the Wool against weapons peace scarf link-up on Saturday. It was a brilliant day - and we also made connections with the protests against crimes against humanity in Gaza, joining in spirit with those of you who joined the Gaza demos around the world. Here's the link to Friday's openDemocracy article from Jaine (Wool Against Weapons founder) and me in advance of Saturday's Action: Guerilla woolfare: against madness of mutually assured destruction I am attaching photos from the August 9th Nagasaki Day's peace scarf demo, with Women in Black and Raised Voices singing and 'our' part of the scarf - including from WiBs from several countries (THANK YOU all who knitted, as well as those who participated). Also a photo of our London vigil on Hiroshima Day, 6
Publicar un comentario
Leer más
Más entradas