CONVOCATION 24 June 2018: Neither the Land nor Women are Territory for Conquest

- junio 21, 2018
Neither the Land nor Women are Territory for Conquest Commemorating 5 June, World Environment Day , Women in Black of Madrid against war, focus our attention on the relationship between environmental destruction and violation of human rights. We are adamant that the causes for war are bound to the exploitation of natural resources. Even without declared wars, armies and paramilitaries use violence to defend the interests of transnational enterprises above those of the security of the planet. The Environmental Justice Atlas lists more than 2400 socio-ecological conflicts around the world. In 2016, 200 persons were assassinated for defending their habitat, 60% in Latin America . In 2017, 312 defenders of human rights were assassinated . In the last decade, global warming has increased, placing us in a scenario of unstoppable climate change, and at the same time increasing various types of contamination. Economic inequality is on the rise ( 1% of the world population has amass
Publicar un comentario
Leer más 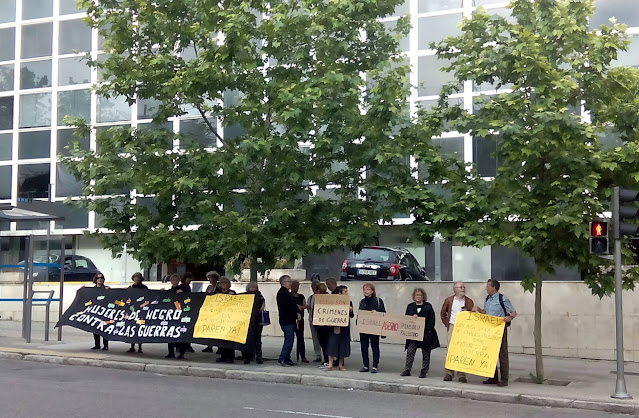